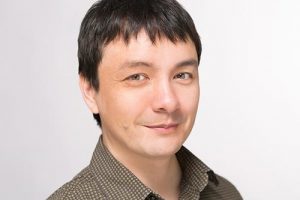 Eli Hamada McIlveen is the creator and lead writer of Alba Salix.

Eli grew up on radio drama, and has been recording strange noises since he first “borrowed” his dad’s cassette player as a kid. During his five-year stint at CKMS-FM (University of Waterloo), he was a producer of a long-running comedy/sound art series and went on to host a weekly radio theatre showcase. Since then he’s been sound designer and operator for a raft of theatre productions in Toronto, and done post-production on all of Fable & Folly’s original podcasts.

In addition, he’s designed numerous episodes of Unwell: A Midwestern Gothic Mystery (taking over as lead sound designer beginning with Season 3) and The Amelia Project (as well as appearing in two episodes as Hiroshi). 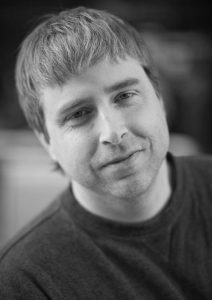 Sean Howard is the producer and co-director of Alba Salix and The Axe & Crown, and the Game Master of The End of Time and Other Bothers.

He began as a line producer on Season 1 of Alba Salix, responsible for managing the cast, setting schedules and coordinating budgets, as well as fundraising, photography and marketing.

Sean is a recovering juggler, and has dabbled in theatre as both a performer and a lighting designer. He also brings his 20+ years of marketing and advertising experience to Alba Salix. He is relatively new to the audio world, but is a podcast addict of the highest order.